We would like to express our gratitude towards those who joined the AMA on 23rd May 2022 in the Infinite Launch Telegram group. We appreciate all your support. This is a recap of the entire session, in case you missed it!

Our AMA with Mars Colony comprises of 3 main sections:

1.       5 basic questions from the host to give a brief introduction about the project.

Q1. Could you please tell us a little bit about yourself and your team? What are your past experiences?

Now we research about building new types of societies :) And do a lot of experience on how it could look like.

I am a product guy, 10+ years in different product fields covering fintech , payments, game monetization and not so long ago web3.

Q2. Let’s give the audience a brief description of what Mars Colony is? How did you come up with the idea of MC? Is it influenced by any special moment or story?

Yep, exactly. We build something bigger than a game; it's a gamified framework. We are experiencing how it works in real time :)

So think about MarsColony as a mix of DEFI + NFT + DAO + UBI concept together.

Q3. Could you share with us the current development stage of Mars Colony?

Currently we’re at a pretty early stage despite the fact that we’re launching the second planet. We are starting from community and DAO and currently building out a play-to-earn module which will be a part of the project, not the main element. Play to earn for us is the way to engage the community, bring more players and utilize our tokens. But its definitely not the end game. Since most of you are games I’ll prolly share where we currently stand :
*  On Harmony we just deployed our first type of missions which is a first layer missions enabling XP gain and NFT rewards in the short run.
* In the next 1-2 months we will be rolling out more advanced gameplay type of missions - mining missions as well as working on our internal marketplace; and DeFi features (like single sided staking) .
* On polygon we are launching a new planet where we plan to deploy missions as well.

Q4. What are the competitive advantages of Mc compared to its competitors? How do you plan to differentiate MC?

We are the first one 😅 people just started copying our concept but we are still quite ahead.

On the competitive advantage side, I’ll start with our tech. Over the past 2 months we worked together with the open maps team to build our own globe and Polygon planet is our first “baby”, basically a planet built on our own platform.

I do understand that on the defensibility side, there might be someone who can copy the concept or build the same engine, but we always have a first mover advantage.

Q5. Please provide a detailed overview of the token pCLNY, what are its use cases and tokenomics?

Regarding pCLNY token, it’s like a fuel for the economy. MarsColony landlords one of the producers of those tokens, and one of the biggest utilisers at the same time.

If you want your NFT land to be compatible on the market you’ll need to build improvements there to attract more workers and build your own infrastructure. For all this kind of improvement requires burning pCLNY.

More than that, it requires to burn pCLNY for minting Avatar NFT to become a worker and be able to create value to the colony.

Avatars will also need improvements and so on.

So basically it’s like a circulation system to the colony :)

The tokenomic is Deflationary, every year mints less and less pCLNY, while utilisation grows over time.

Q1. In these NFT games for making money, earning tokens is important. However, when there is too much, the value of your token can drop and then inflation occurs. How does #MarsColony works to avoid in-game inflation to maintain a relatively stable economy?

One of the things we adopted  for Polygon is employing a fixed mint of CLNY per day. With the fixed mint per day we can better predict supply and demand mismatches and minimize volatility by balancing emissions and burn.

I would say for anyone who wants to dig deeper into the numbers, the tokenomic is public, and available on the project page on Infinite launch 🚀

Q2. Many games today set high costs to start the game & therefore start with a small player base. Does #MARSCOLONY   only an entrance fee or starting conditions & if so,what are they?Do I need to hold an NFT or hold a certain amount of tokens in order to enjoy & play the game?

Mars  Colony has 2 types of users :

- architects - NFT land holders. More passive than active users who earn Universal basic income and revenue share from players who play on their land ; here you need to hold at least one MC land;

- explorers- players who just need to claim an avatar to play. here you need I believe 30 CLNY (if i'm not mistaken) to get one. Once you have an avatar you can fly to your planet, select available land and play. Hence the entrance fee is pretty low. Moving forward we might also enable free to play options where users will be able to rent avatars. Lets see how it goes.

Q3. Could you tell me about the gameplay and how much fun your game will be as this is as important as the profits and profitability. Can the community give their opinion about the development of #MarsColony?

Gameplay is extremely important as it drives user engagement. We are not building another Halo, but looking forward to build something simple and engaging enough for people to be able to play it daily.  Profits come second, at the end of the day people will not play if there’s not enough rewards for them.

More details on gameplay and missions types we will be posting on our guide and announcement channels.

Q4. As NFT gaming becomes more popular, especially those with a Play-to-Earn feature, it is evident that this is the new trend. Mars Colony contains a lot of cool features. Can you give a more detailed explanation of the Play-to-Earn method and how users can profit from it?

Yep there is some work in progress. Collecting requirements from the community. So it’s a good chance to join the creation of a new colony :)

In the mining missions users without land and with avatars (exploerers) will be able to win resource/tokens.  tokens will be used to upgrade avatars and buy utility to pass missions better; also tokens will be used by architects to repair mining transport and to build more upgrades. kinda raw , but i guess you all get a sense of it.

Q5. Can you tell us some of the remarkable ways to earn more #CLNY in your platform? What are the benefits of buying your tokens, especially now that we are in the bear market? What are the advantages of holding #CLNY for a long time?

Can’t give any investment advice 🙂 but as I shared we're a bit on the early stage now to discover some unique ways to earn more CLNY.  On project launch when land will be distributed and claimed, some architects might find their own ways to earn more CLNY. For example,. the more upgrades you claim with CLNY, the more CLNY you generate. Hence if relatively to others you have more lands or have most of the upgrades your CLNY share will be highest in daily emissions. Just read our tokenomics and let us know what you think.

Q1. Can you share the Tokenomics of the $CLYN token and the token opening process?

The tokens are not the same. Imagine a MarsColony as a Country, one planet - one Country. And a token is a currency of the country. So each planet has its own currency.

Q2. Is this Your project only for elite investors, how about others with small funds, is it open to everyone?

Nope its not. Our initial goal was to make a project where anyone in the world can claim a virtual land in space, establish direct democracy and embrace  themselves as a future colonizer. With that in mind we didn’t put any crazy floor prices or entry barriers for people to join.

Q3. Taking a programme is very important for any project,?? Can I stake your token? Do you have any plan of starting a staking programme?

We have a liquidity mining program and are working on single side liquidity provision.

Q4. What features/improvements are you planning to add to your products in the near future?

In the near future - NFT boxes for first level (coding missions); leveling for coding missions and interactivity; In-app marketplace for land; and start work on mining missions. 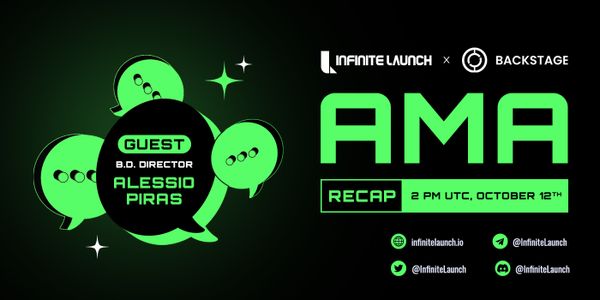